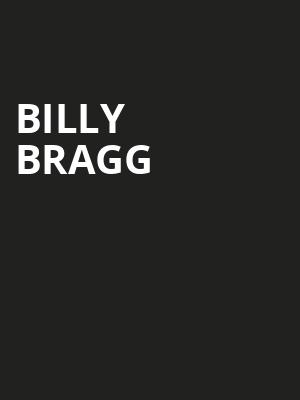 Since the early 80s, English folk singer and political activist Billy Bragg has crafted a career around protest, with his songs and shows focussed on calling out injustices and inspiring audiences to bring about change. Inspired by punk rock peers like The Clash and Elvis Costello and of course the American folk movement of the 1960s, Bragg has become one of his native country's loudest and most respected artists, continuing to rally against The Man with an undimmed spirit as evidenced in his well-known songs including 'Waiting For The Great Leap Forward', 'A New England' and many more.

Don't miss Bragg as he returns to the US this year, supporting his newest album, The Million Things That Never Happened, with rising star Alice Phoebe Lou supporting.

Sound good to you? Share this page on social media and let your friends know about Billy Bragg at Carolina Theatre - Fletcher Hall.