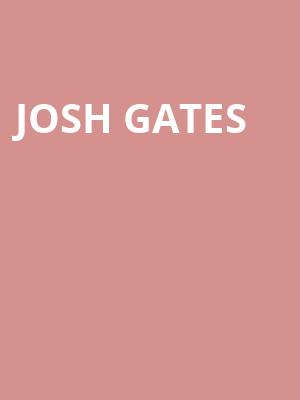 Josh Gates is an avid explorer whose unique brand of humor and deep-rooted passion for adventure propels him to the farthest corners of the world.

Josh Gates is a television host, famous for his work on the ghost-hunting show, 'Destination Truth.' In it, Gates travels far and wide in search of paranormal creatures claimed to have been spotted by spooked locals. Join the dashing Gates as he brings tales of his travels to a stage near you this year!

Gates is also known for starring in Discovery Channel's 'Expedition Unknown' where he delves into the supernatural, ancient rituals and consciousness to unearth new and fascinating discoveries about humankind, the world, and a possible afterlife.

Sound good to you? Share this page on social media and let your friends know about Josh Gates at Carolina Theatre - Fletcher Hall.