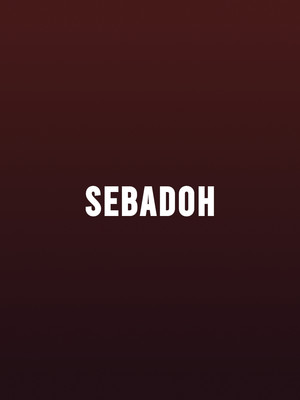 Their don't-give-a-f**k slacker attitude has forever made them interesting and surprising... playing whatever style of indie rock they feel like, whenever they want.

Veteran indie-rockers Sebadoh clearly had a LOT of fun on last year's two-month summer tour of the USA and Canada - so much so that they're doing it again! Their 2020 tour will once again be support of 'new' record Act Surprised. The group's 9th studio album as a perfect showcase of their classically lo-fi, nitty gritty sound and is their first record in six years, since 2013's Defend Yourself topped the Billboard 'New Alternative Artists' chart.

Although six years between records seems like a long time, the gap between their their last album and it's predecessor was a full fourteen years, so to longterm fans the unveiling of Act Surprised and its accompanying live dates will seem like a relatively quick turnaround. Frontman Lou Barlow has spent much of those inbetween periods touring with rock legends Dinosaur Jr - in which he was a founding member - having rejoined them in 2005 after almost two decades away. With stagecraft honed over 30 years, the return to the road with Sebadoh is set to be an unmissable run.

Seen Sebadoh? Loved it? Hated it?

Sound good to you? Share this page on social media and let your friends know about Sebadoh at Cat's Cradle.