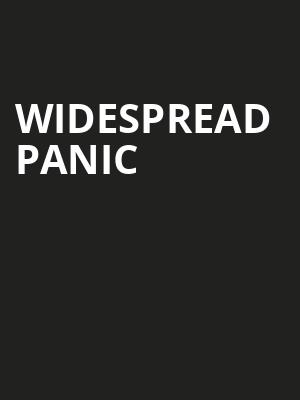 A jam band hits the road again, with another batch of songs for the highway...

Until Phish's recent reunion, there was no other jam band in the world that could compare to Widespread Panic. Two of their shows are never a like, with the setlist just a loose framework around which the band hang their infamous spiralling jams, playing everything from jazz fusion to Skynyrd-esque southern rock. They also keep a master list of all the songs they've played on tour, which they consult midway through a concert to check that they're not repeating themselves. Their status has been cemented by the thousands upon thousands of taped shows that are traded by their fans, a form of bootlegging that the band encourages.

The band's last studio album arrived in 2010 with Dirty Side Down, and they entered into a brief hiatus a couple of years ago, but now they're firmly back on the road, dazzling audiences with their unbelievable improvisation and virtuosity. To experience Widespread Panic for real, you have to see them live.

Photo by BRUNO EMMANUELLE on Unsplash

Sound good to you? Share this page on social media and let your friends know about Widespread Panic at Durham Performing Arts Center.