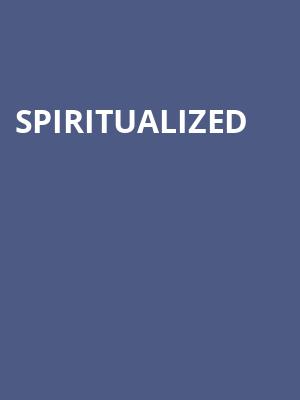 British space rock greats Spiritualized return to North American shores in support of their ninth studio album, Everything Was Beautiful. Influenced by psychedelic, gospel and classic rock music, mixed with Spiritualized's sound - it's bound to tour you don't want to miss. Expect to hear tracks including 'Always Together with You', 'Let It Bleed (For Iggy)' and many more new tracks off the album alongside fan favorites.

Led by singer-songwriter Jason Pierce, Spiritualized came to prominence in the 1990s but shared little DNA with their Britpop contemporaries. Their records are cinematic, musically-ambitious trips, that nevertheless retain an emotional core. Perhaps their most revered album is 1997's Ladies and Gentlemen, We Are Floating in Space, which beat out OK Computer as NME's best album of that year. And Nothing Hurts is yet another sonic tour de force, and features the single 'I'm Your Man'.

Sound good to you? Share this page on social media and let your friends know about Spiritualized at Cat's Cradle.