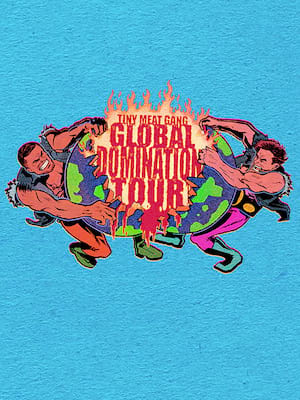 Fueling their comedy anger, this dynamic duo are the funniest and most honest podcasters in America

They may be small in physical stature, but former software developers Cody Ko and Noel Miller more than make up for it with gigantic personalities and even bigger laughs. Leaving their former career paths in the dust, Ko and Miller joined forces and created The Tiny Meat Gang Podcast to embrace what they already knew - they are without a doubt two of the funniest and most honest people on the internet, and their rising fan base can't get enough. Perfect for a road trip or traffic jams, the rant-based comedy podcast covers topics from Star Wars to Bitcoin and has even featured a special guest in the form of Post Malone. Catch the dastardly duo as they get mad about the little things!

Canadian Ko first rose to prominence thanks to the six-second comedy platform Vine, before branching out to Youtube and beyond. He currently releases two podcasts, Insanely Chill and TMGP with his close friend and constant collaborator Miller, who's made a name for himself as a content producer and comedian. Together they've talked about hipsters, free styling, paddle boarding and that time Miller punched a nun... Get ready to roll in the aisles, because these two millennial moguls are pulling out fresh stories and anecdotes, all laced with the trademark vitriol that makes them so lovable.

Sound good to you? Share this page on social media and let your friends know about Tiny Meat Gang Podcast at Durham Performing Arts Center.